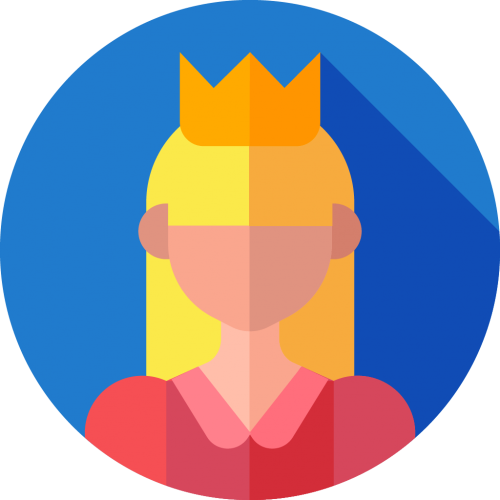 The King, Snow White’s father, returns home with a new wife unknown to all, Queen Isabella. This is because Snow Whites mother died several years earlier and he feels lonely in that huge Castle. He is confronted with his two Town Criers, Long and Short, who are a comedy duo throughout. Immediately the Queen takes a dislike to Snow White, as her beauty outshines that of Queen Isabella. The Queen, who consults her mirror, does not get the answers she wishes, and even more so as the Mirror is cheeky and quite humorous. The Wicked Queen soon becomes unpopular, especially with Dame Bella Clutterbuck. Grimold, the woodsman, has been told by the Queen to kill Snow White in the forest, but as he is about to do the deed, the Fairy intervenes and gives him a change of heart, leaving Snow White lost and not knowing where to go. So, she walks to just beyond the seven waterfalls where she finds a cottage that belongs to seven residents. Snow White is to make something to eat with pastry for herself and the seven! The filling she has to find as, being men, there is nothing else in the cottage to eat let alone put in a pie. Here, the Queen arrives disguised as an old woman and gives Snow White the poisoned apple to try, as the apples she has would make a wonderful apple pie. Taking one bite Snow White drops to the floor and the Queen feels that once again she is, ‘the fairest of them all!’ But is she? Snow White is only in a deep sleep, the Fairy over powers the Queen and sends her to the evil demons in an abyss never to return. All it requires is Prince Rupert to kiss Snow White and live happy ever after. Oh, and The King feels that after all, Dame Bella Clutterbuck just might the one for him and should have married her in the first place!